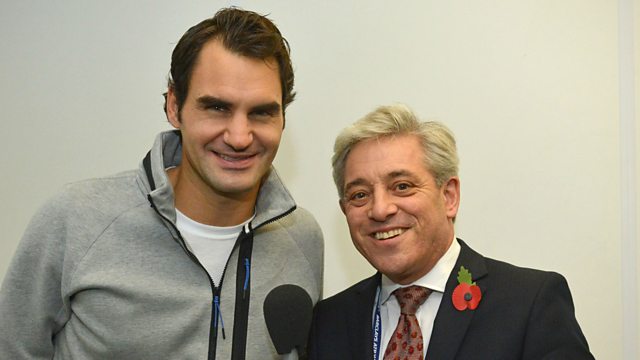 Our guest editor John Bercow was a promising tennis player in his youth and has maintained a love for the sport. Roger Federer is John's ultimate player and we arranged for the two to meet when Roger was in London earlier this year.

John started by asking Roger how, after 17 grand slam singles titles, 82 titles overall including 5 this year, he still manages to motivate himself?

Asked if he had any advice for youngsters at the start of their career Roger told Today: ‘For any kid I think it’s important to enjoy what they’re doing whatever sport that is, parental support and advice is also important to remind you that it’s a privilege and the least a junior can do is to give it their best effort and attitude.’