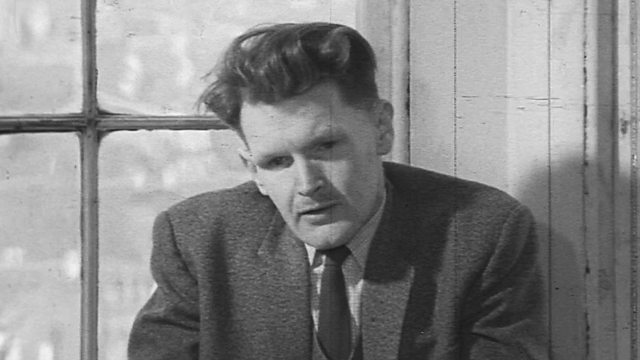 On 30 October 1964, BBC One broadcast Under the Helmet, a documentary about Alasdair Gray’s work in painting and verse. Produced and directed by Robert Kitts, it was originally listed in the Radio Times as:

An unfinished portrait of Alasdair Gray, painter and writer of Glasgow
'I am a chorus in search of a tragedy, a raker of middens in the industrial North.
I am a genius in an obscure line of business. Try me a little.
I may have something you can use.'