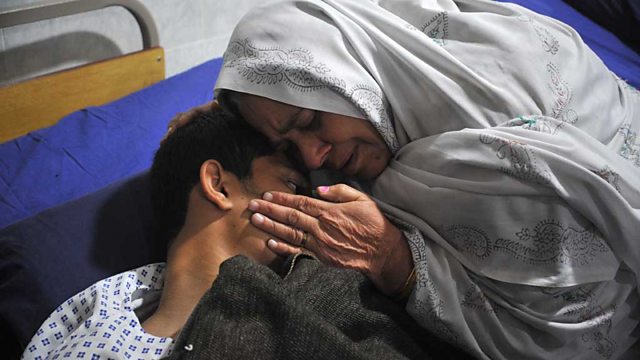 Will Pakistan ever be able to defeat the Pakistan Taliban?

Former BBC Pakistan correspondent Owen Bennett-Jones returns to Peshawar to investigate the aftermath of the military school attack. After the murder of more than 100 people, almost all of them children, Newshour Extra asks whether Pakistan will ever be able to defeat the Pakistan Taliban?

Owen will be joined by a panel of BBC correspondents and expert guests to discuss whether the politicians are at last behind the army’s campaign? Is Pakistan itself confronting the depths of divisions over the army and the political class’s approach to the Pakistan Taliban and what does this mean for stability and security in the region and beyond?

What is Fuelling the Global Jihad?