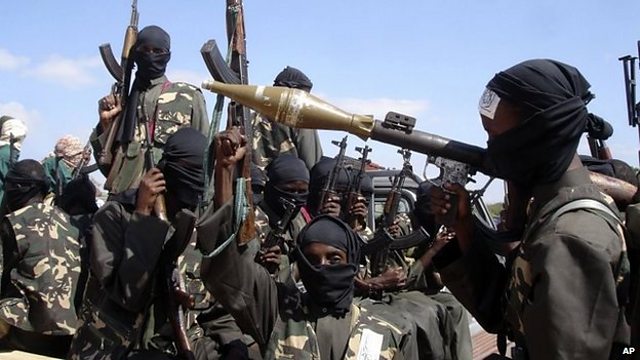 What is Fuelling the Global Jihad?

Where do fighters come from and what is the appeal of the organisations they join?

Owen Bennett-Jones is joined by an expert panel to discuss the forces fuelling the phenomenon known as global jihad. Where do fighters come from and what is the appeal of the organisations they join? There are now many jihadi groups but why does Boko Haram attract fewer foreign fighters than the organisation that calls itself Islamic State? We hear how Islamic State governs and about the relations between some of the biggest members of the al-Qaeda franchise.

We hear from the BBC's Mary Harper, an expert on Somalia and on al-Shabab; Secunder Kermani, BBC producer with Newsnight, who has met and studied many of the British jihadis; Bashir Sa'ad Abdullahi, editor of the BBC's Hausa Service in Abuja, Nigeria; Dawood Azami of the BBC's Afghan Service; Sasha Havlicek, CEO Of the London-based Institute for Strategic Dialogue; Thomas Hegghammer, Director of Terrorism Research at the Norwegian Defence Research Establishment in Oslo; and Fawaz Gerges, professor of International Relations at the London School of Economics.