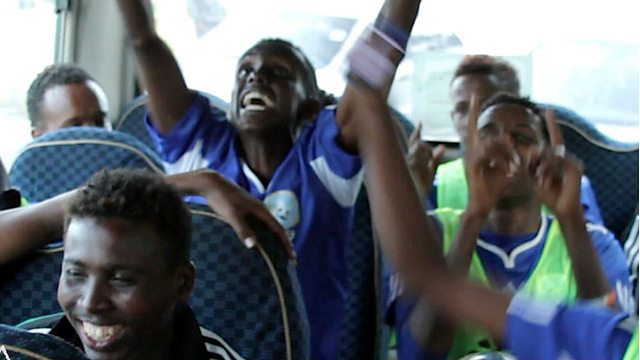 When Football Was Outlawed

Imagine living in a place where football was banned. When Islamist militant group Al-Shbaab were in power in Somalia, that's exactly what happened. That, along with 20 years of war, had left the national football team languishing at the bottom of world football's rankings.

The football-mad nation have however begun the long road back. Their progress has been documented in the film 'Men in the Arena' by US director JR Biersmith. One of the players at the heart of this story is Sadiq Mohammed. The BBC's Steve Crossman has been speaking to both.