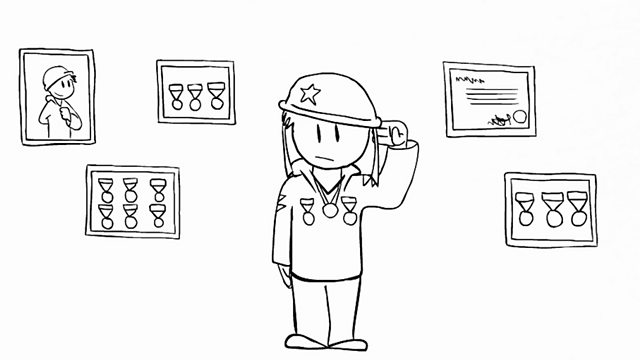 Call of Duty – the grim possibilities of a military career

A mother and son discuss the truth about soldiering. Animated by Timothy Allenby.

Nicola and Jordan - Call of Duty.

Animator Timothy Allenby was drawn to this conversation between a mother and her 13-year-old son for the mature way it deals with the idealism of a military career while acknowledging the more grim possibilitiesNicola and Jordan originally recorded this conversation for The Listening Project in the spring of 2013. Timothy Allenby – a student at the Bristol School of Animation at University of the West of England – decided to animate it as part of his Professional Practice module.

He gives his reasons: “Kids are often drawn to the armed forces with high expectations of protecting their families and their country, and it sometimes seems that in a world of violent videogames, people who dream of joining the army don’t think about the more serious implications of it. This conversation touches on some of the darker sides of army careers that you don’t see in the recruitment adverts, surrounding death and PTSD, which is what interested – the fact that Nicola and Jordan deal with both the idealistic vision of the career and the more grim possibilities in a mature way.

Everyone thinks about their future from a pretty young age, so the normalcy of the conversation suited a fairly normal setting, such as being dragged along with your parents on a shopping trip. I thought it’d be neat to switch back and forth between that and the hypothetical worlds of their imaginations to better illustrate their conversation.” 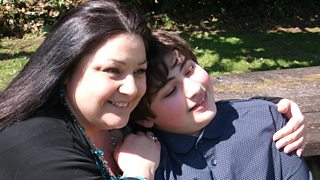 The Listening Project—Nicola and Jordan - Call of Duty