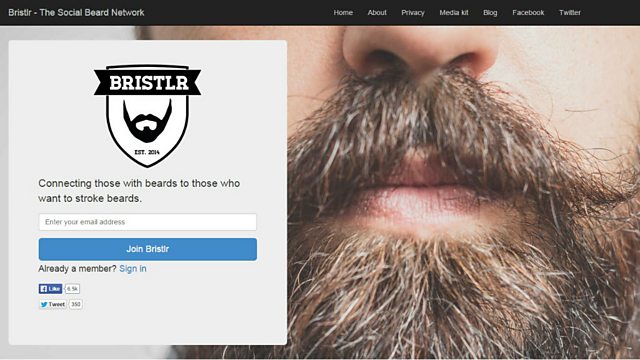 A software developer has set up an online dating website for beard enthusiasts. John Kershaw from Manchester launched 'Bristlr' as a joke but in six weeks tens of thousands of people from all over the world signed up.

This clip is originally from 5 live Breakfast Monday 1 December 2014.