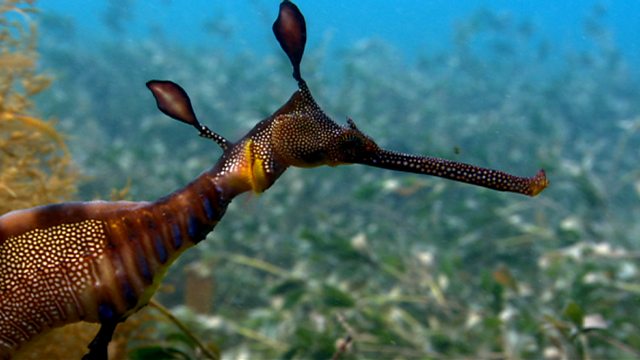 The tiny fins of a sea dragon beat frantically to prevent the current sweeping it away. At the beginning of spring, sea dragons begin their courtship, dancing in pairs in the evening light. In a graceful duet, each partner mirrors the actions of the other and this continues well into the dark night. Two months later, the result of their courtship is revealed. The male now carries rows and rows of eggs embedded on his tail. The female passed them over to him on the night of the dance. By carrying them with him he keeps them safe from predators until they are ready to hatch. In the calm of a summer morning, with its yolk sack still attached, a baby sea dragon is born. In the weed bed are older youngsters, already able to feed themselves. After being well looked after by their father, the new babies must now make their own way in the world. 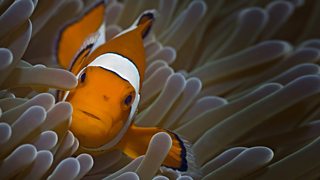 See all clips from Fish (6)