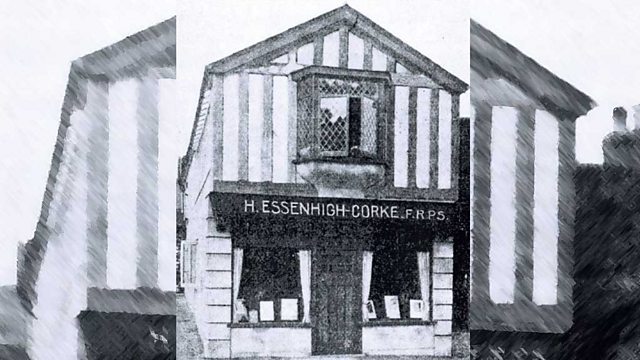 During World War One; Sevenoaks was the site of many transit camps housing soldiers waiting to go to the front. Hundreds stopped off at a local photographic studio to have their picture taken.

The photos are a unique record of soldiers taken before they left for battle. They are all in the form of glass plate negatives and had been placed in the voids between the walls and ceiling of 43 London Road.

When war began, number 43 was owned by a family of photographers and artists called Essenhigh-Corke. More than five hundred negatives were found during renovations at the premises by the present day owners who converted the former photo studio into a hardware store.

They have since been bought by Kent's Library Service which today stores them in an air conditioned vault at their headquarters in Maidstone.