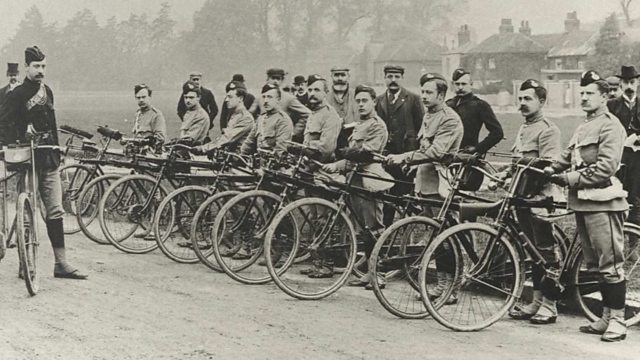 Meriden is the historical centre of England. On its village green stands the national cyclists memorial.

It was built to remember those cyclists who died in World War One.

The memorial was erected in 1921 and over 20,000 people turned up for its inauguration. Since then cyclists have gathered every year to honour those who died.

Even today a few hundred cyclists make their way to Meriden in May to pay their respects.

It is believed that the first British soldier to die in the war as a result of enemy action was private John Parr.

He was a reconnaissance cyclist, and his role was to ride ahead to uncover information, and then return with all possible speed to update the commanding officer.