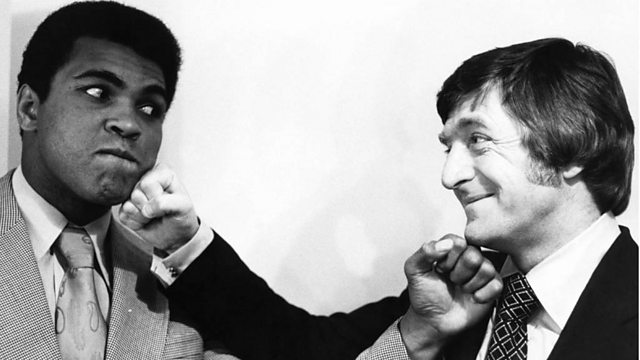 Michael Parkinson: Ali is the greatest

Forty years on from the Rumble in the Jungle between Muhammad Ali and George Foreman, Sir Michael Parkinson has been sharing his memories of interviewing Ali.

'The first time I saw him in 1971 he was the most beautiful man I’ve ever seen in my life. He looked so slim and regal as he walked towards me but he couldn’t get in the chair because he was so big, but he was beautifully built and proportioned. From that point I was utterly beguiled by this man, as we all were, in all his moves and all his tempers.

This clip is from 5 live Sportsweek Sun 2 November 2014