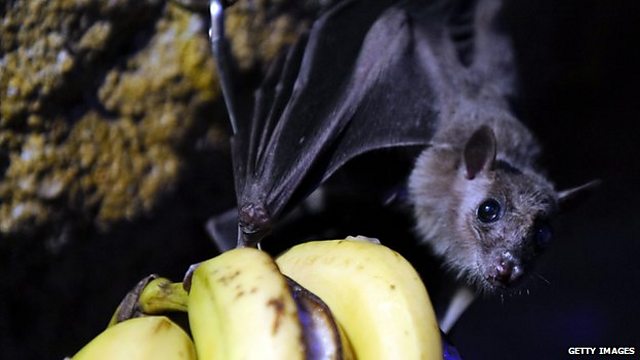 Bats are seen as a local delicacy in many countries in Africa and are thought to be carriers of the Ebola virus, as well as carrying other diseases. Now researchers have surveyed nearly 600 people in Ghana – currently unaffected by Ebola - about the perceived risks of hunting and eating bushmeat. They also carried out in-depth interviews to understand the knowledge of the health risks associated with bushmeat. Claudia speaks with Oliver Restif from the University of Cambridge about the attitudes towards eating bushmeat.

Chagas Disease
The parasite which causes chagas disease damages the heart, digestive and nervous system and if left untreated it can kill. The insect which spreads the parasite thrives in countries like Bolivia. But this silent killer once confined to Latin America has now become global. In Spain, up to 80,000 migrants from Latin America are now living with the illness. No one can predict who will develop serious health complications, and the main reason for that is the lack of information, as Gabriela Torres reports from the capital, Madrid.