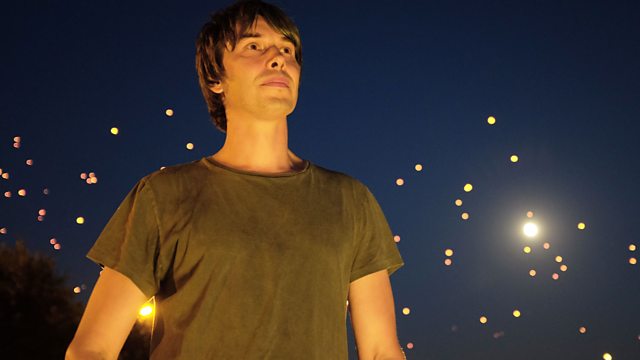 A Place in Space and Time

Professor Brian Cox explores mankind's place in the universe. He looks at how we came to understand that we are not at the centre of the universe.

Professor Brian Cox explores our origins, place and destiny in the universe. We all start our lives thinking that we are at the centre of the universe, surrounded by our family and the world as it spins around us. But the urge to explore is strong. Brian tells the story of how our innate human curiosity has led us from feeling that we are at the centre of everything, to our modern understanding of our true place in space and time - that we are living 13.8 billion years from the beginning of the universe, on a mere speck of rock in a possibly infinite expanse of space.

The story begins with Brian climbing to the summit of the spectacular fortified village of Ait-Ben-Haddou in the foothills of Morocco's Atlas Mountains. Here he reveals how, by watching the stars' motion across the night sky, it was natural for us to believe we were at the centre of everything - a view that held sway for millennia.

It was in Renaissance Venice that our demotion from the centre of the universe began. Here, thanks to the artisan glass-blowers in the city, Galileo was able to build the first telescope and discover our position was not at the centre, rather just one of a number of planets that orbit the sun.

Perhaps the true scale of the universe was most keenly felt by those rare individuals who, for a moment, left our planet behind and headed off into deep space. Astronaut Bill Anders recounts what it was like to see the Earth from this extraordinary vantage point. He tells the story of one of the most famous images in history, his Earthrise photograph taken from lunar orbit in 1968.

Since then, our satellites and telescopes have allowed us to see further into space - to the edges of our own Milky Way galaxy and beyond, to thousands of other galaxies, all the way to the extremities of the visible universe some 46 billion light years away.

Having found our place in space, Brian turns his attention to our location in time. The film follows 19-year-old Souad ait Malik as she leaves her isolated village in the High Atlas to attend the annual marriage festival. For as long as anyone can remember, generations of Berber have returned to this one place to find a partner and so begin the next generation. In the same way, Brian reveals how - as our exploration of the cosmos has deepened - we have even been able to piece together how the universe itself began.

In a powerful conclusion, Brian pieces together this story of creation that started with what Einstein called the 'happiest thought of his life' - the moment that he realised that gravity was far stranger than anyone had imagined. In an incredible experiment inside the largest vacuum chamber, Brian reveals how Einstein formulated a new theory of gravity that ultimately took us back to the big bang. And how in doing so, we humans found our true place in space and time.

What Is Our Future?

See all clips from A Place in Space and Time (4)