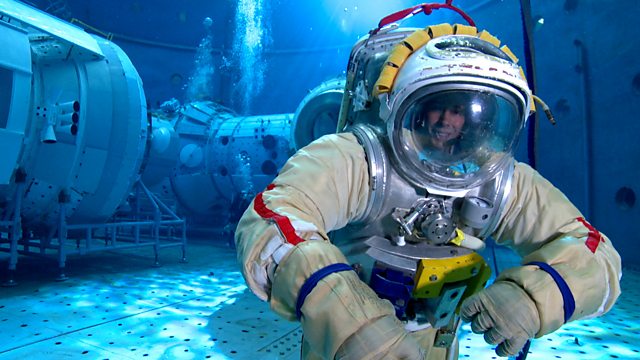 Professor Brian Cox explores our place in the universe. He charts the story of humans from apes to the birth of civilisation to our ascent into space.

Professor Brian Cox asks the biggest questions we can ask as he explores our origins, our place and our destiny in the universe.

Brian begins his exploration in the beautiful Ethiopian Highlands, where he has a rare encounter with our distant cousins, the gelada monkeys. They were once Africa's most successful primate, roaming across the entire continent, yet today they are found in just one place in the remote Ethiopian Highlands. So how did this happen? Why have some of our closest relatives retreated, whilst we have expanded everywhere? The clues are all around us - in the beautifully photographed human stories that are the heart of the series. From the fishermen of Lake Ziway in Ethiopia to star navigators in the Gulf of Aden, Brian carefully pieces together a startling new theory that links the expansion of our ancestors' brain size to the way in which Earth's orbit changes over time. He discovers that the universe played a surprising role in our ascent to the stars. But big brains alone did not get our species into space. To understand what did, Brian follows the route taken by our ancestors as some left Africa and headed north to the Middle East. In the spectacular ancient Nabatean city of Petra in Jordan, Brian unpicks the next part of our story, where he shows that it was our brains coming together to build cities, to farm and ultimately to pass information from one brain to another in the form of writing, that led us to space.

The programme concludes on the Kazakhstan Steppe, one of the toughest environments on Earth, as Brian joins the Russian Space Agency (RosCosmos) for a daring mission in the depths of winter. The team is there to rescue two cosmonauts and an astronaut as they arrive back on Earth after months off-world living aboard the International Space Station. The race is on to find them as they hurtle to the ground aboard their Soyuz re-entry capsule.

Why Are We Here?

See all clips from Apeman - Spaceman (3)