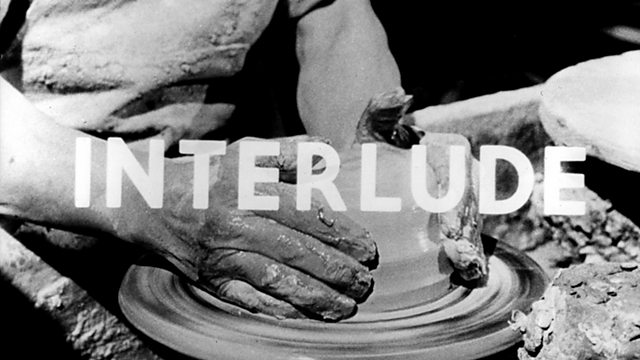 The potter's wheel interlude film was introduced on 16 February 1953. It was probably the best known of the many interlude films made for the post-war television service. The films were made to cover for the many intervals in programming, to allow for changes between studios, or for the frequent studio breakdowns. The potter's wheel film showed the hands of Georges Aubertin as he threw a pot, accompanied by music. It was typical, in that it was mildly engaging, but not so much that the viewer would miss anything if they looked away. Viewers who stayed alert noted that Aubertin never finished the pot, but just kept remodelling it.