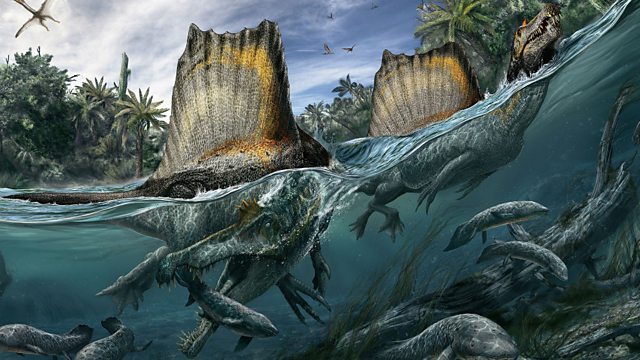 Some dinosaurs could swim

The 95-million-year-old remains of a Spinosaurus have confirmed that some dinosaurs could swim. Scientists say the beast had flat, paddle-like feet and nostrils on top of its crocodilian head that would allow it to submerge with ease.

Palaeontologist Dean Lomax spoke to 5 live about the discovery, he said: "When they found this specimen they thought it might turn out to be a very big croc."

This clip is originally from Breakfast on Friday 12 September 2014.