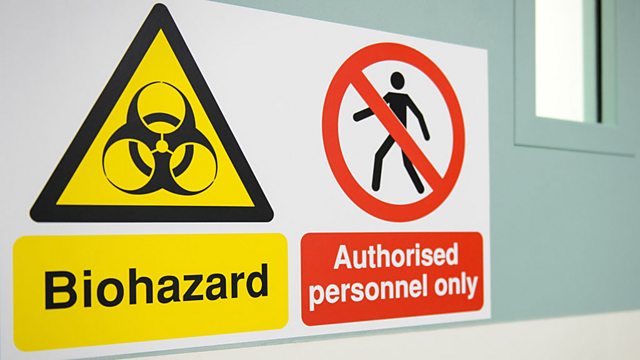 As mistakes involving anthrax, deadly flu and smallpox come to light Andrew Luck-Baker looks at the safety of high-security labs and the risky science conducted in them.

Accidents happen in science labs all over the world, but when you’re working with deadly pathogens the consequences can be disastrous. The reputation of America’s ‘gold standard’ The Centres for Disease Control and Prevention in Georgia has recently become tarnished as news emerged that 80 workers were inadvertently exposed to live anthrax, and a deadly strain of flu was accidentally sent to another lab. Further reports of tick-box safety culture, lethal samples sent in ziplock plastic bags and vials of smallpox from the 1950s being found in the back of a fridge have increased calls for a review of the work being done on some of the world’s most dangerous pathogens.

Andrew Luck-Baker looks at the impact of these recent biosafety lapses for BBC WS Discovery. Some scientists are now arguing for the reduction of laboratories working with deadly viruses and the closing down of research which is potentially risky. But does the benefit of the work outweigh its potential risks to the public? And how can human error be eliminated?

Mum and Dad and Mum