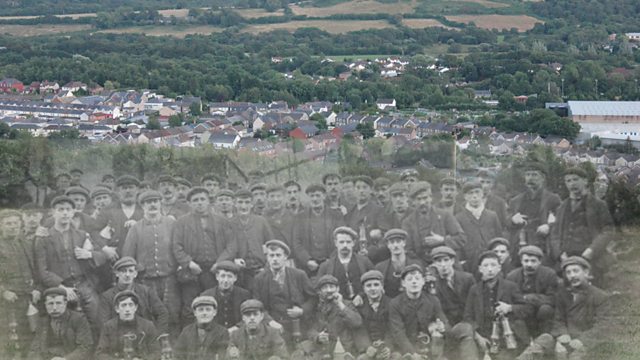 Despite his contentment being a collier, Irving recalls the ‘We Want You’ Kitchener posters making quite an impact on him.

Irving Henry Jones grew up in the mining village of Bedwas, South Wales. His father’s ambition for his only son of four children had always been to follow in his footsteps and be a “top class” coal miner. Despite Irving’s great academic strengths including winning the offer of a scholarship to attend college, his father didn’t feel this was the best path for Irving, especially as a Baptist when the scholarship was being offered by the Church of England.

After leaving school at the age of 12 and a half, Irving went straight to work at the local tin works, and then he worked underground in the pit from the age of 13.

At the outbreak of WW1, Irving was 16 years old, with several years of working and contributing to the family housekeeping behind him, he considered himself to be a fully-fledged man.

Despite his contentment being a collier, Irving recalls the ‘We Want You’ Kitchener posters making quite an impact on him. Irving explained “I always used to think he’s pointing at me. We Want You” .

It was August 1914, Irving passed himself off as a 21 year old and before he knew it he was part of the 10th Bn Welsh Regiment.
Before leaving for training, Irving reassured his parents that he’d be back in 6 month once they’d beaten “the Jerries”, and admits that he was looking forward to a “break from the pit” … “how wrong we were”