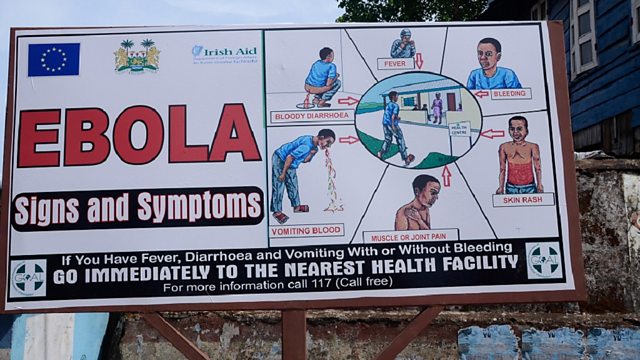 Tim Mansel gets an education on how to fight back against Ebola in Freetown; Nick Redmayne talks fishing, populism and politics on the shores of Lake Malawi

Pascale Harter presents two dispatches from Africa. Tim Mansel has been working in Sierra Leone with health teams trying to spread awareness of how to avoid catching Ebola - and what you should do if you fear you've been infected. It turns out that while the disease can't be cured, it can sometimes be survived - and its spread can be limited, if you follow the right tactics. Nick Redmayne's on the shores of Lake Malawi, where people who earn a living from its waters by fishing find there's less and less in their nets these days, and wonder about what kind of haul their political leaders are landing.