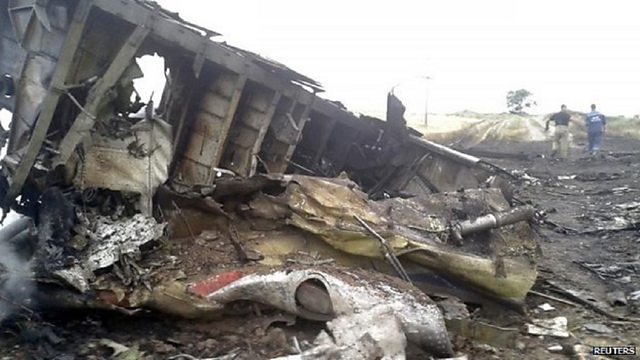 Gabriel Gatehouse visits the MH17 crash site in Ukraine and the self proclaimed People's Republic of Donetsk; Caroline Junar looks at the history of the Crimean Tartars

The lack of care and attention that has been displayed in the management of the Malaysian Airlines crash site in eastern Ukraine has shocked people on a number of grounds. The pictures of drunk, armed men wandering around the wreckage and failing to deal with bodies was offensive. And then there is the failure to do what needed to be done in terms of the investigation. Gabriel Gatehouse has been to the site.

The messy unresolved rebellion in Eastern Ukraine followed the much more clinical Russian operation in Crimea – which, within days, seemed to move from Ukrainian to Russian control with barely an international ripple. Crimea has a long and complicated history and Caroline Juler has been trying to understand it by delving into the history of Crimea's Tartars.