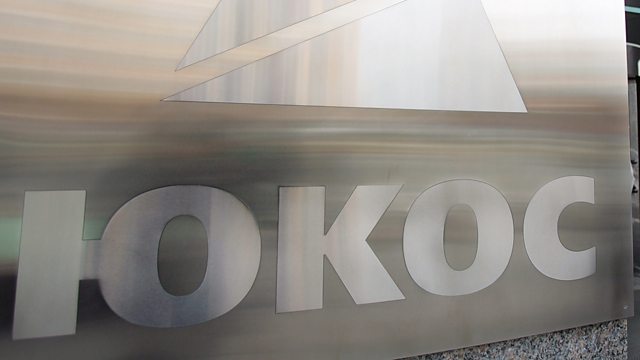 Russia has been ordered by a court to compensate former Yukos shareholders. Will it pay?

Russia has been ordered by a court to compensate former Yukos shareholders. Will it pay? We talk to Tim Osborne, executive director of GML, who brought the case. He says he will now go after Russian assets right around the world. Also, the British government is opening up half the country to be explored for oil and gas using the controversial technique known as fracking - how safe is it?

We go to Detroit in the US, a deprived city with plentiful water. But it is cutting off the water supply to thousands of people behind on their bills. Plus, the wisdom of having your employer's logo tattooed on your body. Lucy Kellaway gives us her view.