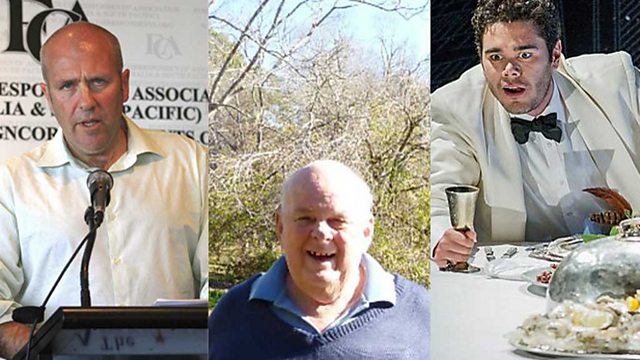 The songs the BBC banned, author Richard Flanagan on his latest book, the history between food and opera, Scotland's art revolution and the music of northern Mozambique.

We take the sleeves off songs which once caused so much furore that the BBC banned them. And, Tasmanian author Richard Flanagan discusses his latest book The Narrow Road to the Deep North. Sheila Dillon delves deep into the passionate 400 year history between food and opera.

Plus, Les Murray sends us a Poetry Postcard from Australia. Kirsty Wark explores Scotland's Art Revolution: The Maverick Generation. And, we hear about a solar-powered fund-raising project called Wired for Sound, which explores the music of northern Mozambique.