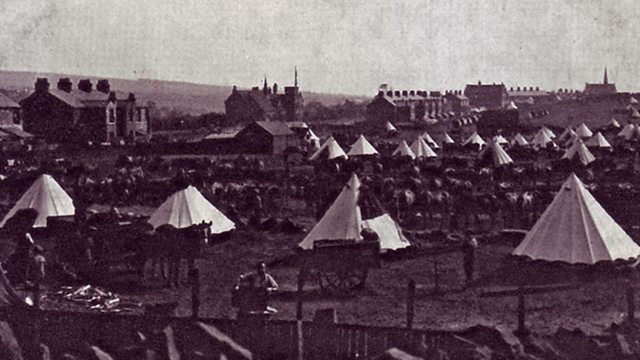 In August 1914, fields around the small village of Edgworth near Bolton were turned into a full blown army camp.

More than 5,000 soldiers from the Lancashire Fusiliers camped with their support units between Edgworth and Turton Station. The men from Bury, Rochdale and Salford were Territorials- soldiers who had joined up before the war as part-timers.

The local press described how on Sundays families from the three towns came to Edgworth to visit their loved ones. One newspaper commented how ''there was a carnival atmosphere.''

The troops finally left after a month before being sent to guard the Suez Canal and ultimately the landing at Gallipoli in Turkey in 1915.

Many men failed to return.