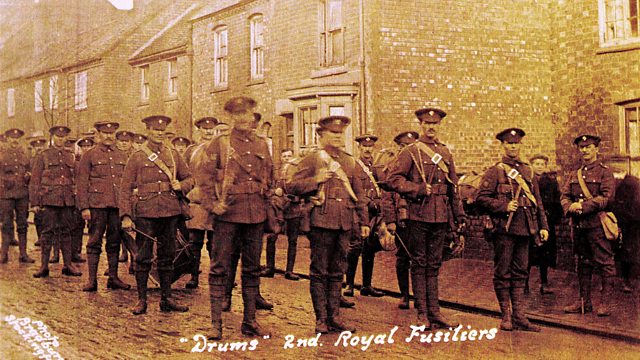 Many houses became the temporary homes for 3,000 soldiers billeted to Nuneaton to acclimatise before being sent to the front line. They caused quite an excitement amongst Nuneaton’s women!

Many local girls were falling in love with these handsome men; including Helen Yeatman from Croft Road, Nuneaton.

After eight weeks of the troops getting accustomed local life and the locals getting very used to them, the time came for them to leave.

On 12 March 1915 they were assembled at The Parade not far from the centre of Nuneaton. They were marched to Dunchurch and inspected by King George before being sent to Gallipoli.

Gallipoli was one of the worst disasters for allied troops during World War One. Fortunately, Helen Yeatman’s sweetheart, Private Bushill, survived and returned to Nuneaton. However, he was sent out again to the front line where he contracted malaria. On route back home, his boat was torpedoed and he died.