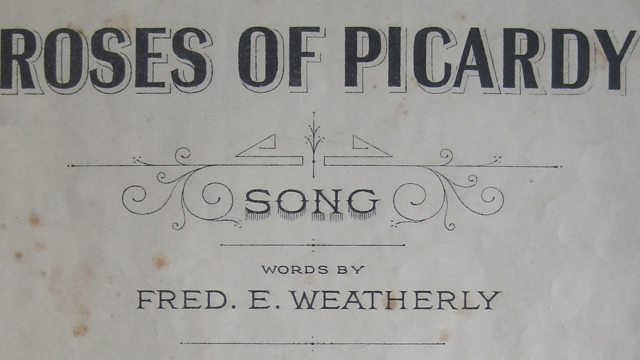 Fred Weatherly was a lawyer and responsible for two of the most recognisable songs of the 20th century – “Danny Boy” and “Roses of Picardy”.

“Roses of Picardy” quickly became popular across Britain. During World War One, 50,000 copies of sheet music were sold a month. The song was so popular that solders would sing it and it is rumoured that singing the song would help soldiers regain speech when suffering from shell shock.

Weatherly, who lived all over the West but made Bath his home, is believed to have written at least 3,000 songs. However, the “Roses of Picardy’s” lyrics and meaning had always been debatable, until Weatherly wrote in his autobiography that it is a love story that involved one of his close friends.