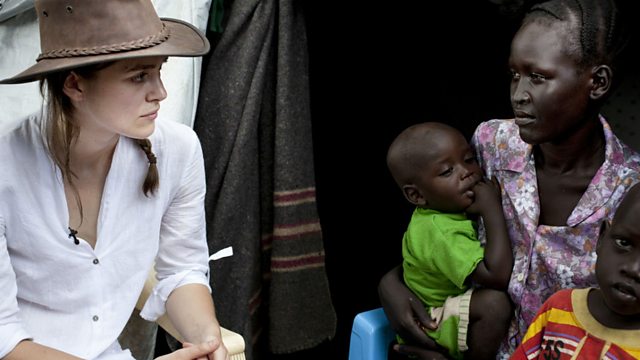 Keira Knightley has described the 'horrendous' conditions inside a refugee camp in South Sudan.

Thousands of people have been killed in the country since December and one and a half million are homeless.

The actress visited a camp in Bor for Oxfam, and told 5 live's Stephen Chittenden about the “desperate need” of the people she met.

She recalled being particularly affected by a recently widowed woman, called Rebecca, who described how much she missed the way her husband held her.

First broadcast on the Victoria Derbyshire programme on 9 July 2014.