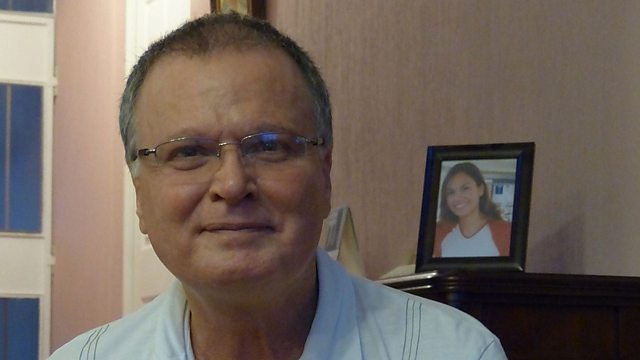 Justice for my Daughter's Murder

On Outlook with Matthew Bannister Guatemalan Jorge Velasquez tells of his 9-year struggle to get justice for his daughter Claudine. She was brutally murdered in 2005.

Claudina Velasquez was brutally murdered in Guatemala 9 years ago. Her father Jorge tells of his struggle to get Justice for his daughter in a country where violence against women is seldom solved.

Actress Nadia Manzoor was brought up in London in a Pakistani Muslim home where she spent her childhood rebelling against her family. She has now turned her life story into a one woman show.

Vikie Shanks on how she raised seven disabled children on her own, after her husband killed himself.

Also, weightlifter David Katoatau from Kiribati on the song he listens to when he's training: Ruff Dogs' "Salute".