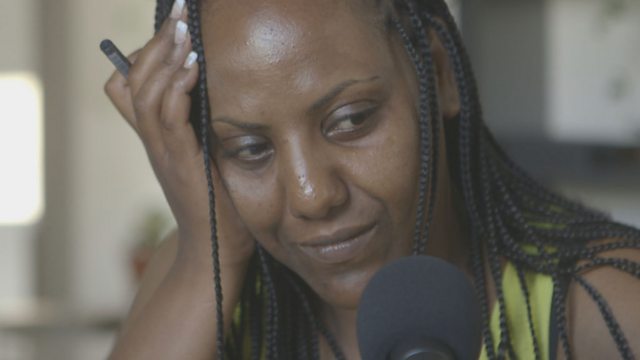 Giving a Voice to Kidnapped Eritreans

Matthew Bannister talks to Meron Estefanos, the Swedish Eritrean presenter of a radio programme that broadcasts interviews with Eritrean refugees being held hostage in Egypt.

Eritrean Meron Estefanos presents a programme on the Paris-based Radio Erena that broadcasts interviews with Eritrean refugees being held to ransom in torture camps in Egypt.

British man Ben Sansum is 35 years old but lives in the 1940s. His clothes, his house, the music he listens to all come from an era before he was even born.

Davide Cordova is one of Italy's most famous drag queens. He tells Matthew Bannister the story of his struggle to become the performer Fuxia. The film inspired by his story is called Darker Than Midnight.

Iranian opera singer Shiva Soroush is the first woman to sing an opera solo in public since the country's Islamic Revolution.