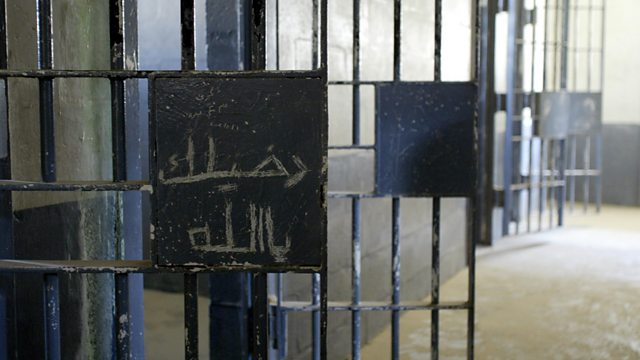 Two Iraqi, Abu Ghraib detainees recall their experiences inside the American-run prison. Within months of the invasion of Iraq, concerns were raised about abuse at Abu Ghraib.

Within months of the 2003 invasion of Iraq, concerns were raised about abuse at the American-run prison of Abu Ghraib outside Baghdad. Witness hears from two former detainees, Salah Hassan and Ali Shallal Abbas, about their experiences. Listeners may find parts of this report distressing.

(Photo: The words 'God Help Me' are scrawled in Arabic on a prison door inside the notorious Abu Ghraib prison, 16 September 2003 in Baghdad. Credit: Robert Sullivan/AFP/Getty Images)