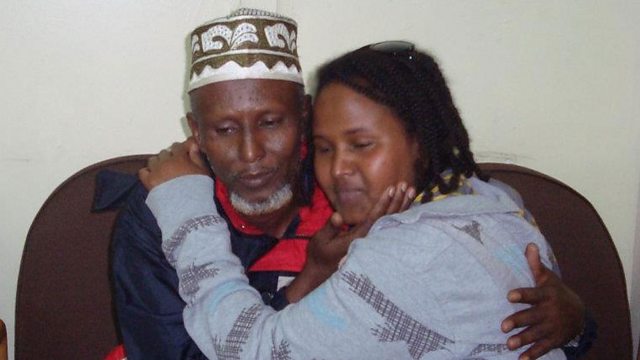 Murayo and her father were separated by war in Somalia. Her father, Mahad, spent the next 14 years searching for her. They tell Matthew Bannister their extraordinary story.

In 1994, at the height of the civil war in Somalia, Murayo Torregrossa was separated from her family. She was adopted by an Italian soldier. But her birth father, Mahad Mohamed Aden, never stopped looking for her. Fourteen years later, he managed to trace her, and they were later reunited.

As the countdown to this summer's Commonwealth Games in Glasgow continues, Jeffry Feeger, Papua New Guinea's leading visual artist chooses the music that inspires him.

Elvira Dones is an Albanian novelist and documentary film-maker. She defected from the Communist regime in 1988 and went to live in Switzerland. Her most recent novel, Sworn Virgins, has just been published in English.

Malavath Poorna, a 13-year-old Indian schoolgirl, has become the youngest girl to climb Everest. She said she felt 'great' after reaching the summit.

I Sold my Kidney and Wasted the Money