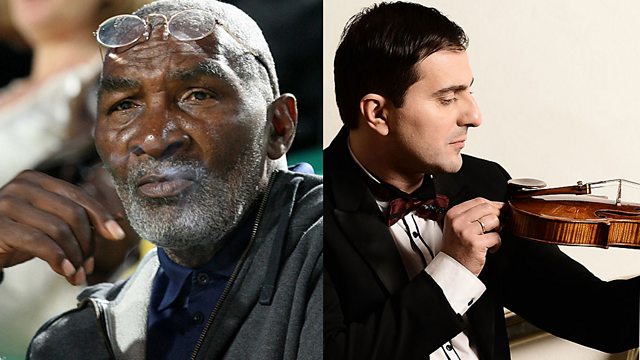 Emdadul Islam is boss of one of Bangladesh's biggest garment factories. He started off working on the shop floor and worked his way up. When we take him to visit some of his workers at their homes, he is shocked and ashamed by the cramped conditions they are living in. He's promised to do more to help them.

In 2008, Jonny Benjamin stood on a bridge over the River Thames in London and was about to take his own life. But a stranger passing by stopped and talked him down. Jonny and Neil Laybourn, the man who saved him, tell their story.

Richard Williams, father of tennis stars Venus and Serena, describes his extraordinary life - from taking on the Ku Klux Clan to devising a master plan to make his daughters into champions. His memoir is called Black and White - The Way I See It.

And Matteo Fedeli, an Italian musician known as the Stradivarius man", explains why he has made it his mission to play as many Stradivarius violins as possible.