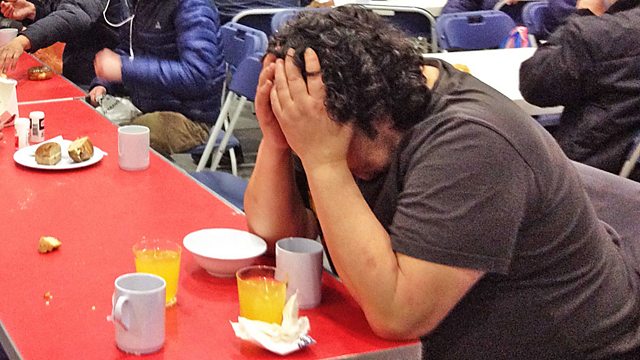 The Mystery of Glasgow's Health Problems

Residents of Glasgow are 30% more likely to die young than people in similar UK cities, mainly due to drugs, alcohol, suicide, and violence. Lucy Ash investigates.

In September there will be a referendum on whether Scotland should become an independent nation, but politicians are not even debating another, arguably more important issue - the country’s health crisis. Scotland has the lowest life expectancy in Western Europe – and the city with the worst problems is Glasgow. Its residents are some 30% more likely to die prematurely than people in similar UK cities. But what is the reason for such dire statistics? Are lack of public health education, poverty and deprivation to blame? Or are the clichés about Scotland’s bad diet and heavy drinking true? To find out, Lucy Ash travels to Glasgow to meet those suffering from ill health - and those trying to treat them.