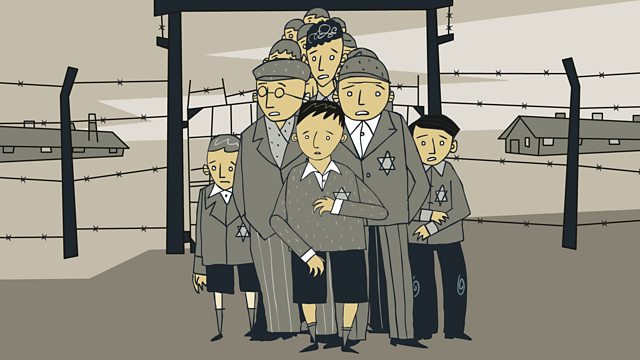 Powerful animated films, in which elderly Jewish Holocaust survivors tell their stories of Nazi persecution in their childhood and how they escaped from occupied Europe to Britain.

Eyewitness accounts from history, brought to life in animation for a young audience.

Elderly survivors recount their childhood experiences of Nazi atrocities, their escape from occupied mainland Europe to Britain, adapting to life in the UK and the impact on their lives subsequently.

Ruth is a five-year-old girl escaping from eastern Germany and from Nazi-occupied Prague. She arrives in England the moment war is declared.

Martin is an eight-year-old boy, expelled from Germany to Poland in the middle of the night by the Nazis, who escapes to England only to experience the worst of the Blitz in Coventry.

Trude is a frightened nine-year-old brought to England without her family on the Kindertransport, who struggles to adapt to life in Britain away from her parents.

Heinz is a 13-year-old boy who witnesses the effects of anti-Jewish laws, Nazi demonstrations and pogroms, and escapes persecution in Germany only to be arrested as an 'enemy alien' in Britain.

Resourceful 14-year-old Arek survives against all odds in appalling conditions in the concentration camp at Auschwitz-Birkenau.

Suzanne, aged six, is violently separated from her parents in Nazi-occupied Paris. Deprived of her family, freedom and education, she is hidden in the countryside and forced to work on a farm.

We also get a chance to meet the real-life survivors today in short, on-camera interviews, which reflect on the effect these experiences have had on their adult lives.