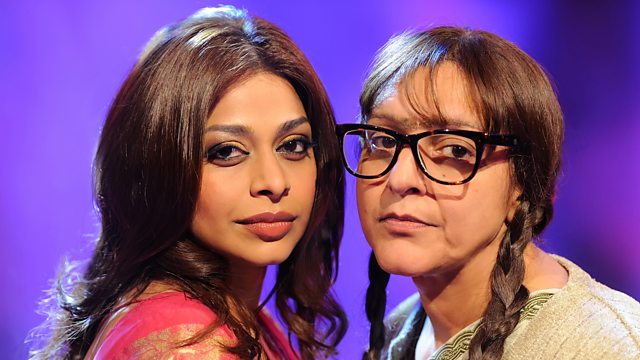 Priya, a Bollywood star, and Mala, her playback singer, appear on TV. When Mala performs her latest single, a scathing attack on Priya, they descend into a vocal cat fight.

The situation deteriorates when Mala performs her latest single, which is a scathing attack on Priya, and the two ladies descend into a vocal slanging match.

See all episodes from Comedy Shorts

Meera Syal's Playback is one of six shorts – all exclusive to BBC iPlayer – written by and starring top British comedy talent. From a thoroughly modern cookery show to 1930s slapstick and literally four things in between, they’re all ready and waiting to be watched…