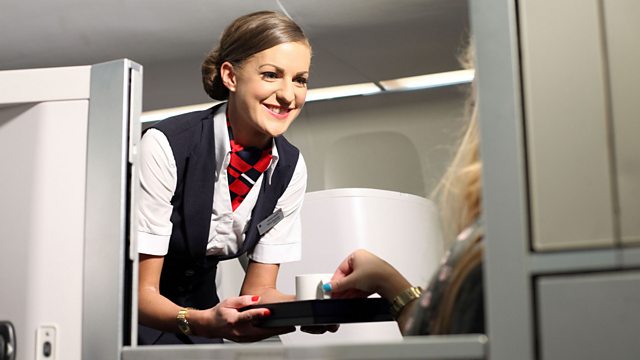 A Very British Airline
Episode 1 of 3

Series going behind the scenes at British Airways. Featuring a look behind the airline's 'millionaire's door' at Heathrow, and the tough training course faced by new recruits.

British Airways is one of the UK's most visible brands, selling Britishness as a mark of quality. But in the last decade, the business has faced financial crisis and today more people fly Easyjet than BA. As the airline reaches a turning point, the BBC's cameras have been allowed unique access to its inner world, from top level decisions to the daily challenges of a global operation.

This episode explores how the airline tries to persuade people to spend more to fly, revealing the world found behind the 'millionaire's door' at Heathrow Terminal 5 - a lounge, restaurant, spa and champagne bar reserved for those select few who are happy to part with small fortunes to fly in the airline's first class.

Also this episode, a look at how the airline is playing catch-up with some of its rivals as it brings its first A380, the world's biggest passenger plane, into service. Plus, the programme follows 18 anxious new recruits on their journey to become cabin crew with British Airways. With exacting standards of dress, behaviour and knowledge, not all of them will make it through the six-week training course designed to uncover who is - and who is not - BA.

See all episodes from A Very British Airline 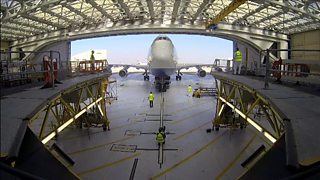