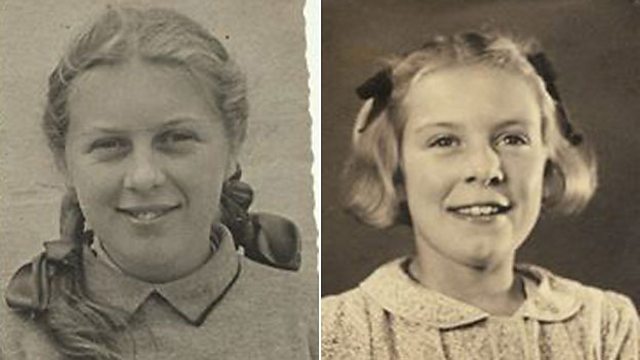 They were born in 1936 to an unmarried domestic live-in cook - Alice Lamb - in Aldershot in the UK.

Ann didn't know she had a sister until 2013 after her daughter Samantha looked into Ann's family history. It took them over a decade to trace Elizabeth, who lives in the US.

As soon as Elizabeth received a letter from Ann, she phoned her. Their meeting was arranged for 1 May, 2014 in Fullerton, near Los Angeles.

In this clip Ann and Elizabeth talk about finding each other and meeting for the first time.