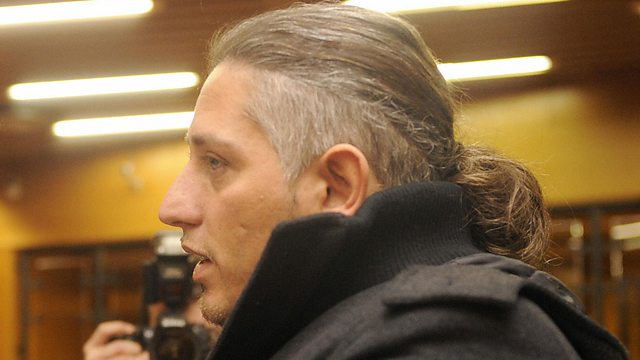 Italian MP Antonio Boccuzzi tells Jo Fidgen how he was the only member of his team to survive a steel factory fire in 2007. He has campaigned for safety at work since then.

Italian MP Antonio Boccuzzi saw seven of his colleagues die in a steel factory fire in 2007. He now campaigns for safety at work.

In the countdown to the Commonwealth Games in Glasgow, we meet award-winning Grenadian writer Jacob Ross.

Scottish novelist Irvine Welsh has sold millions of books around the world. His new novel, The Sex Lives of Siamese Twins, is set in a gym in Florida.

Malian refugees Taghri and Massaya tell us about the birth of their quadruplets in a camp in Mauritania. They live in a tent with their ten children.

American DJ Jonathan Toubin is back playing the club circuit all over the world after surviving a car crash-landing on his bed.