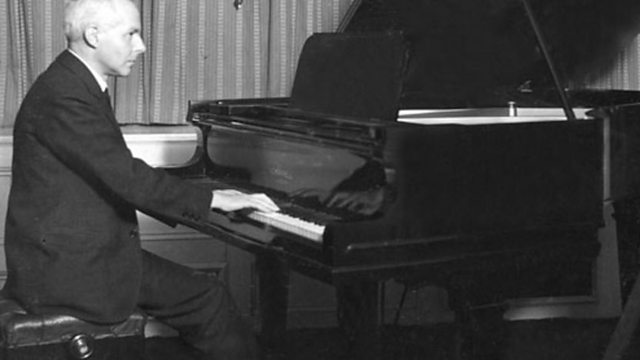 The life and work of Hungarian composer and pianist Béla Bartók

Donald Macleod explores the life and music of composer, pianist and folksong collector Béla Bartók. He begins by examining music inspired by his failed love affair with violinist Stefi Geyer, as well as an excerpt from his only opera. The composer had to wait eight years to see it staged for the first time.

Donald Macleod then introduces the suite that Bartók created from his ballet The Miraculous Mandarin, which caused a riot at its premiere, plus an excerpt from his earlier ballet The Wooden Prince which, in spite of disapproval from the conservative faction in the audience, was Bartok's first popular success.

Macleod next regards the colourful suite Bartók composed to celebrate the 50th anniversary of the unification of Budapest, which cemented his reputation as a major figure in contemporary music, as well as an evocative choral work inspired by an ancient Romanian Christmas carol. Also, an excerpt from a performance of Bartok's Music for Strings, Percussion and Celeste, considered one of the masterworks of the 20th Century, plus an excerpt from his Second Piano Concerto and a chamber work played by the two musicians who commissioned it, with the composer himself at the piano.

Donald Macleod finally turns to music from the final years of the composer’s life following his emigration to America; including the work which was described by Koussevitsky as 'the best orchestral piece of the last 25 years', plus a selection of pieces from Mikrokosmos and the final movement of the original version of his sonata for two pianos and percussion.

including works inspired by Bartok's failed love affair with violinist Stefi Geyer, music for the stage, and orchestral pieces including 'Music for Strings Percussion and Celeste', the 2nd Piano Concerto and the Concerto for Orchestra. 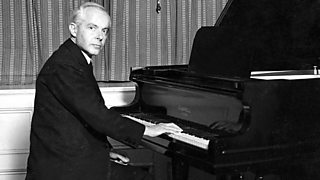