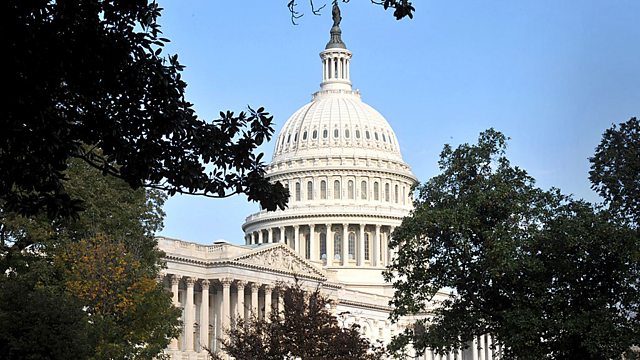 The Party of No

Mark Mardell examines America's Grand Old Party which has been engaged in a civil war. Now the Establishment is fighting back against the Tea Party. Can the Republicans win again?

When the Democrats and Barack Obama won the US Presidency in 2008 - relatively comfortably - many in the Republican Party were genuinely shocked and they retreated to lick their painful wounds. A new political movement emerged - The Tea Party - which reinvigorated the defeated, demoralised Republicans, the Grand Old Party (GOP).

The Tea Party dedicated itself to complete opposition both to Obama's presidency and to anyone they felt were compromising with the president. Long-standing Republican politicians were removed and many of those who remained shifted to the right, adopting Tea Party rhetoric. Republican opposition, encouraged by the Tea Party, destroyed many of President Obama's hopes in the last six years.

In 2013, US federal lawmaking was brought to gridlock, shutdown and impotence. Now, there is a growing sense that the Tea Party is a threat to the GOP's future - that it is weird and backward looking. "Establishment" Republicans are fighting back.

As the Republicans set out to regain the White House, BBC North America Editor Mark Mardell asks if the GOP can change sufficiently to regain power or whether it will remain The Party of No?