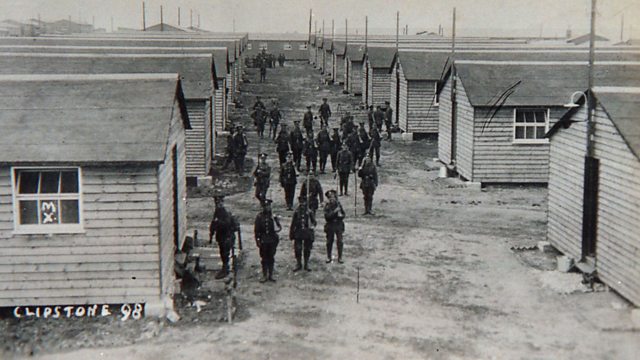 Clipstone, Mansfield: One of the Largest WW1 Training Camps

The village that once housed up to 30,000 soldiers at a time

Forest and open heath land a few miles from Mansfield became home to one of the largest military training camps of the Great War. Around 20-30,000 soldiers were stationed at Clipstone Camp at any one time.

Accommodated in wooden huts; army units were sent to hone skills including trench warfare, night attacks and firing machine guns. At the end of the war it also became an important demobilisation centre.

Construction of the huts began in November 1914. Until then, the land had been in the hands of the Bolsover Colliery Company, who planned to use it for houses to support its latest mining venture in the area. After the outbreak of war, work was suspended on the pit and didn’t restart until 1920, when it became Clipstone Colliery and village.

Five thousand men of the Royal Fusiliers (University and Public Schools Battalions) were the first to arrive at the camp, in the spring of 1915. Building work was still going on and conditions were basic. But in later years the camp expanded to become a complex supplied by electricity, with flush latrines and supported by its own Military Hospital and Garrison Church.

Many pictures of the camp survive because they were turned in to postcards that soldiers sent home to their families.