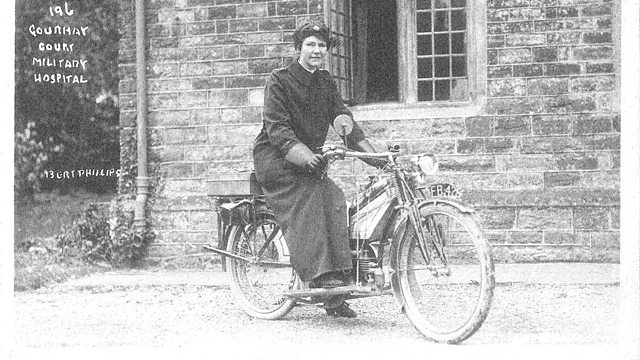 A Somerset MP uncovers a family story which spans a century

For most of us our family history is told through the pages of faded photo albums, sad collections of long forgotten birth certificates and yellowing death notices cut from local newspapers. But for Jacob Rees-Mogg, reminders of one of his relatives are all around him.

The MP for North East Somerset lives in West Harptree, a village in the Chew Valley ten miles from the city of Bath with a heritage dating back to the dark ages. Home for him is an impressive, almost imposing, red sandstone country house. First approached through iron gates and then down a curving gravel drive; Gournay Court is the sort of landmark building which enthusiastic tourists might imagine all English families own.

The oldest parts of the building date back to 1600 and in the 20th Century it was destined as a royal residence. As part of the Duchy Estate it was earmarked as a home for Prince John, the youngest son of King George V and Queen Mary. John was largely hidden from public gaze due to his epilepsy and he sadly died in 1919 at the age of 13, before his planned move to Somerset.

Like many large properties in the southern half of England, Gournay Court had long been identified as a potential hospital in the event of war. It was large enough to house both patients and staff comfortably. While it was close enough to the coast to make the transport of casualties from the Western Front relatively easy.

The hospital opened in January 1915 with 15 beds and over the course of the following year; 129 patients were admitted. Among the volunteer staff, almost from the outset, was Catherine Mary Rees-Mogg; Jacob’s great aunt Molly. She began her Red Cross work as a nurse but she was soon to become Quarter Master. This was a vitally important role in the efficient running of the hospital and put Molly in charge of all the equipment, the daily rations for the sick and requests for supplies to the Government or the Red Cross Society.

Her service record shows that Molly got to know the house almost as well as her great nephew would almost a century later. It states that she was ‘in residence in hospital 4 or 5 days weekly. Goes home for weekends’. According to family legend, those trips back home to the nearby village of Temple Cloud were taken at the controls of a motorcycle. Surely an eyebrow-raising prospect, even in the suffragette era.

It’s obvious from the charity’s records that there was a great deal of goodwill in the area for both the Red Cross volunteers and the patients they cared for. There are stories of local people and relatives of staff vying with each other to keep the place supplied with eggs, poultry, rabbits and vegetables while others took in washing and helped mend socks.

Despite their injuries, there’s some evidence that the patients weren’t without a streak of mischief. Jacob Rees-Mogg is particularly proud of some faint names of soldiers and regiments which are roughly etched into sturdy metal brackets on the balcony. Could this kick start the study of Great War graffiti?

By the end of the war the number of beds was up to 57 and in total almost 1,400 sick and wounded soldiers had been treated without a single fatality. The report and accounts for 1918 gives an insight into the mood in the hospital: “The men loved Gournay Court and many spoke of it as a ‘happy home’. There can be no doubt that under a wise and capable Commandant, who had the advantage of a dependable and loyal staff, the hospital ran on oiled wheels.”

Molly finally left Gourney Court at the end of March 1919. Who could have known that 91 years later, another Rees-Mogg would be calling the place home.