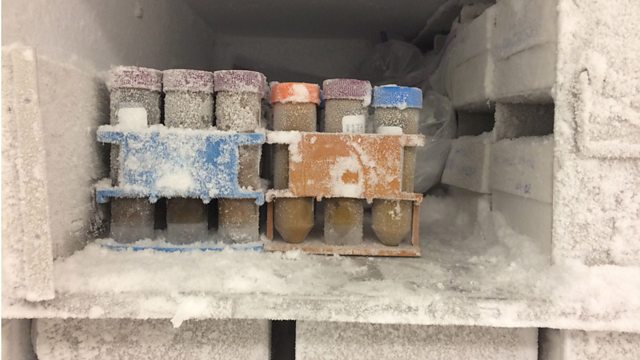 How frozen faecal transplants can cure gut infection; The women dying from silicone buttock injections in Venezuela; How a mother’s diet can influence the genes of her baby.

Around 3% of adults have the clostridium difficile infection in their gut, but for most people their healthy bacteria keep it in check. But some patients, for example those taking antibiotics, no longer have these healthy bacteria and as a consequence have serious gut infections This can cause constant diarrhoea, severe stomach pains, nausea and weight loss. For people in this situation, faecal transplants – taking one person’s faeces and transferring them to another person – have been a very successful way of replacing the good bacteria and curing the disease.

Until now doctors have relied on fresh samples, but new research from the US has shown that frozen samples work just as well, which could allow stool banks to be set up. Ilan Youngster, a paediatrician at Massachusetts General Hospital and Boston Children’s Hospital in the US, is the lead author of this research, which has just been published in the journal Clinical Infectious Diseases.

Buttock Injections Venezuela
Venezuela is known as a factory of beauty queens and Venezuelans have won Miss Universe seven times. But looking good can be bad for your health; or at least the lengths some women go to to achieve what their society deems to be ‘beautiful’. Some women in the South American country are even prepared to have silicone injections in their buttocks to make them more shapely. But as Irene Caselli reports from Caracas, this is a risky procedure which has led to many deaths.

Mother’s Diets Affecting Child’s Genes
New research from the Gambia shows that a mother’s diet around the time of conception can permanently influence her baby’s DNA and as reported in a paper just published in Nature Communications, there is now the first evidence of this happening in humans. Researchers from the MRC Gambia Unit and the London School of Hygiene and Tropical Medicine followed women in rural Gambia who eat a very different diet depending on whether it is the rainy season or the dry season. They wanted to investigate whether seasonal differences in diet had an effect on the maternal diet and in turn on the DNA of their children. Dr Branwen Hennig is the senior investigative scientist.

Talking About the ‘Battle’ Against Cancer