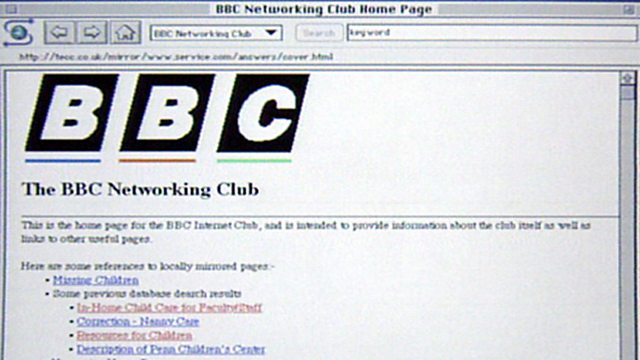 The BBC's first co-ordinated effort on the internet began with the launch of the BBC Networking Club on 11 April 1994 and the supporting television programme The Net. The aim was to demystify the information superhighway - still a novelty for most of the population - and offer access to the internet. In the first instance this meant the opening of the BBC bulletin board Auntie, to encourage feedback about BBC programmes.