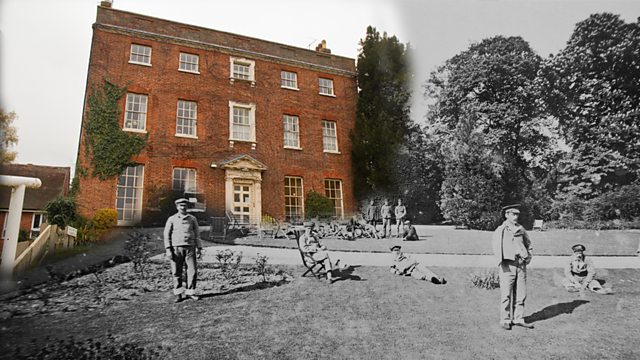 The war hospital praised for its work

Over a thousand soldiers were treated here for conditions ranging from wounds received on the frontline through to sexually-transmitted infections. Over 600 patients returned to duty, with the rest being transferred to other hospitals. Only one patient died here.

A confidential report praised the success of the establishment, stating “the staff work under considerable difficulties, which are bravely surmounted. The hospital is in good order… wards are crowded, but are happy and comfortable.”

Saffron Walden VAD Hospital welcomed its first patient on 16 May 1915, and it remained occupied every single day for the next three years and eleven months until after the war had ended.

Historian Robert Pike reveals the story of Walden Place to its present-day residents.