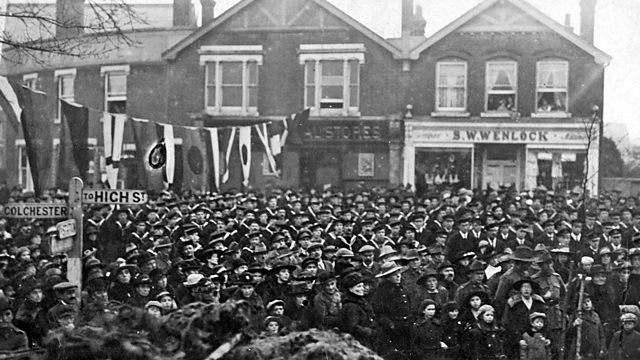 Brightlingsea became home to thousands of Australian soldiers during WW1 as they trained for the frontline. It was the only Australian base or camp on the east coast of Britain, and the troops soon outnumbered the existing male population of Brightlingsea. The Aussies populated the local pubs and were renowned for their drinking and games.

The area was selected for the Australian Field Company of Engineers because of its geography – tidal creeks which offered practice for bridge-building, and the soft soils and mud could be used for trench digging.

The Australians were initially met with scepticism – taller, broader and suntanned; they dressed differently and had a strange accent. But they were welcomed into Brightlingsea by the locals – so much so that some remained behind after the war to start a new life in Essex, including George Rickwood.

Here, George’s historian grandson Julian Foynes guides us round the centre of Brightlingsea where his grandfather trained.