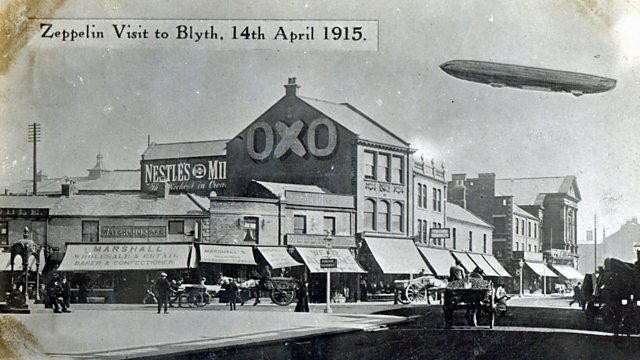 The beginning of raids on Tyneside that killed hundreds of people

When German Naval Airship Zeppelin L9 appeared over Blyth on the evening of 14 April 1915, it was only the second time bombs had been dropped on England. Although nobody was killed, it marked the beginning of a series of raids on the North-East which would kill many dozens of people.

The Zeppelin L9, on her first mission, headed inland north of Blyth and was attacked with rifle fire from the 1st Battalion Nothern Cyclists at Cambois. She then dropped bombs on West Sleekburn following a winding course over Northumberland dropping bombs as she went, before heading for Wallsend where one bomb resulted in the only casualties of the night, injuring a woman and a child. The Zeppelin then turned east and crossed the coast at Marsden.

Newspaper reports at the time suggested she had missed her main target, Tyneside’s factories and shipyards. However a raid in June was much more deadly. Among those killed were 17 men at Palmer’s Works at Jarrow.