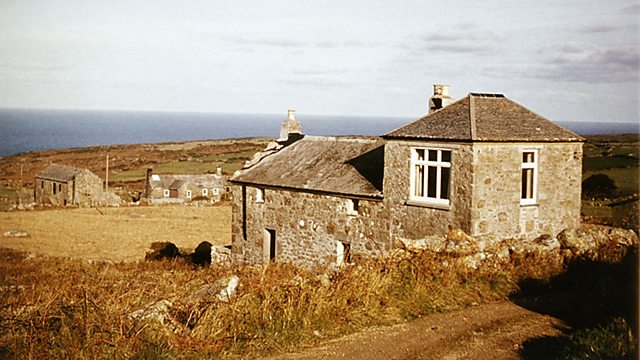 Zennor, Cornwall: Where Writer DH Lawrence was Accused of Spying

In 1915 a controversial English writer moved to the remote coastal village of Zennor in west Cornwall.

DH Lawrence’s wife Frieda was German, a cousin to Manfred von Richthofen - the infamous ‘Red Barron’. The couple soon aroused the suspicions of locals.
“Lawrence absolutely loathed the war and would speak out very aggressively against it without very much sensitivity to other people’s beliefs and feelings and he upset a lot of the locals; there is this strange artist turned up with his German wife telling us that the war is bad that’s not necessarily going to go down very well. And there were fears that not only was Lawrence decrying the war effort but he was aiding the enemy.” (Professor Tim Kendall)

Lawrence was accused of signalling to German submarines off the north Cornwall coast. There was even one theory that the couple were hanging clothes on their washing line as a way of showing coded messages.

Experts at the University of Exeter share the view that the story of DH Lawrence as a suspected spy episode reveals the extent of paranoia and fear amongst the authorities during the war. This sort of activity was subject to rules created under the Defence of the Realm Act hastily put together at the outbreak of war:

“The Government making legislation in war time that gives them incredible powers to intervene in civil life. It was first passed on the 8th August 1914 but there were six or seven variations of it over the course of the war. ” (Dr Catriona Pennell, University of Exeter)

And not surprisingly the Imperial War Museums hold another cautionary tale of suspicion; that of a British soldier stopped on a Cornish coast path late at night in the early days of the war. He was initially suspected of being a spy partly because of his German surname.

Captain Harry Siepmann's letters and diaries shed further light on the fear and suspicion that developed once war was announced:

"Within a few days of the outbreak of the First World War I came uncomfortably close to being shot as a spy. I was on the cliffs at Ruan Minor, a pleasant little spot on the Cornish coast where I had gone for a weekend away from the hubbab of London.

My imagination was just beginning to get a grip on me when a shadowy figure loomed out of the murk and jabbed a double-barrelled shotgun rather impolitely into my chest.

“’Stand absolutely still’, suggested the stranger.‘You had better explain what you are doing out here.’”

While the outcome for DH Lawrence and his German wife Frieda was to be exiled from Cornwall in 1917, the outcome for artillery officer Captain Harry Seipmann was somewhat better. While the incident on the cliff had indeed been reported by the coastguard watch officer he writes:

"The police in Helston would not prosecute a man, even though he had a German name, for signalling with a lantern in a fog so thick that visibility was reduced to a few yards." (Captain Harry Seipmenn, RFA, 1919)