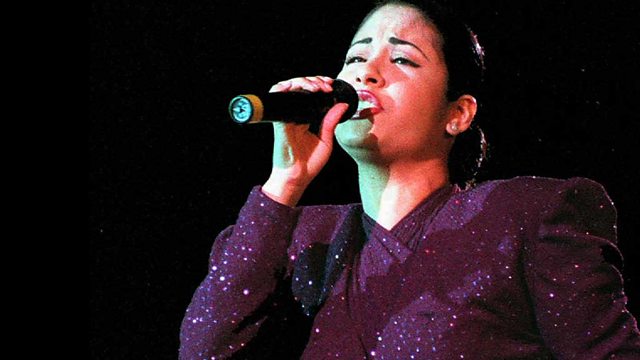 Rising Latino superstar Selena Quintanilla-Perez was shot dead by her fan club manager Yolanda Saldivar on 31 March 1995. She was 23.

Her death, in a motel in Corpus Christi, Texas, was met with widespread shock and disbelief by her fans. In 1993 Selena, as she was known, won a Grammy for her album Selena Live and was widely expected to break through into the US mainstream.

Chris Perez, her husband and band member, describes the day his wife was shot by Yolanda Saldivar.

Ms Saldivar was convicted of murder and is serving a life sentence.

See all clips from Witness History (319)