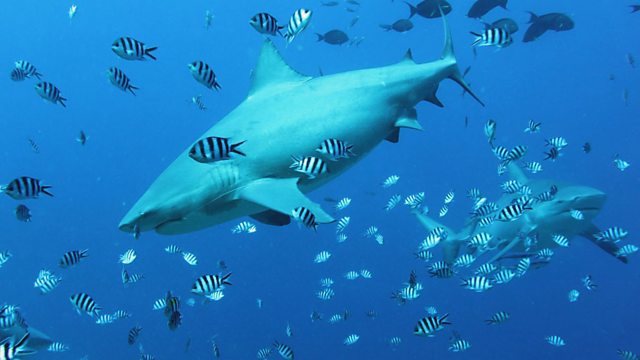 Inside the Shark's Mind

Western Australia is killing big sharks to prevent attacks on swimmers. Can science offer much better solutions to protect people - and sharks?

Fatal shark attacks on humans have been on the increase in Australia. For Discovery, marine biologist Dr Helen Scales finds out how scientists are exploring new, humane ways to reduce this number.

At the start of this year, the state government of Western Australia decided to undertake the culling of sharks longer than three metres, after what they called an “unprecedented number of attacks”. In February, thousands of Australians protested against the cull, with conservationists claiming that it will make no difference to the number of attacks.

An outspoken critic of the strategy is Rodney Fox, who was almost killed by a Great White shark when he was a young man but who subsequently made a 50-year-long career filming sharks, shark tourism and shark conservation. Rodney talks to Helen about the day he was attacked and his thoughts about the Western Australian cull. Rodney argues that another approach is needed.

On a mission to reduce shark attacks, a team has been formed at the Ocean Institute, University of Western Australia (UWA). Their task is to think like a shark to understand how a shark’s brain perceives and reacts to light, sound and vibrations, and how the shark’s finely tuned senses might be manipulated in the hunt for more effective, humanitarian shark repellents.

Research revealed that Great Whites have large chunks of their brain dedicated to vision. So UWA are developing and testing a shark-proof wetsuit that mimics the appearance of poisonous, striped sea snakes. Other solutions under study include bubble curtains and the use of devices which generate electric fields around swimmers.

Helen also questions whether sharks deserve their reputation as the most fearsome predators of the sea. Have they been misunderstood and mythologised by popular culture through films such as Jaws and Deep Blue Sea.

Proving that even the most predatory of sharks are not automatic man-eaters, Helen herself goes diving with dozens of huge bull sharks (one of the most aggressive species) and comes to the surface unscathed. These three metre long monsters have been trained to be hand-fed by locals while tourists watch close by.

Helen also talks to veteran shark researcher Eugenie Clark about the predators’ learning abilities and intelligence. Dr Clark was able to train sharks to learn to press the correct buttons with their snouts to get a food treat. She even presented the Crown Prince of Japan with a baby nurse shark who never made a mistake.

The Biology of Freedom

A Great White shark cruises past the shark-proof cage, which Rodney Fox developed for film making and tourism after his attack.