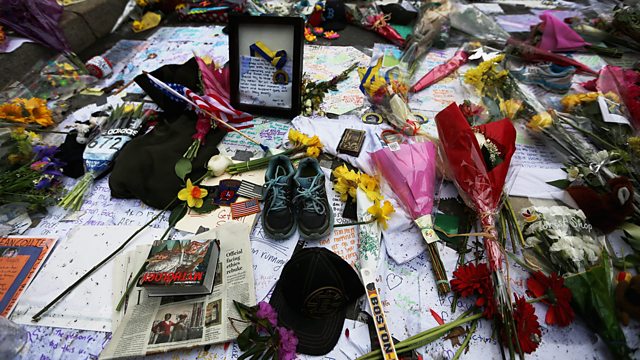 New evidence implicates one of the alleged Boston Marathon bombers in a triple homicide in 2011. A reporter investigating the murders thinks the marathon bombings might have been prevented if police had pursued the murder investigation more thoroughly. Also in the program, what motivates a Mexican drug smuggler? We also hear about the globe-trotting American basketball players in Libya, and learn why French is making a comeback in one US state bordering Canada. Plus, Iranian-American comedian K-von Moezzi, tells us how he learned about being Persian when he started doing stand-up.

(Photo: A pair of running shoes and flowers at a makeshift memorial for victims of the Boston Marathon bombing April 15 2013. Credit: Mario Tama/Getty Images)